Computational Thinking is an iterative process based on three stages (captured by the figure to the right): 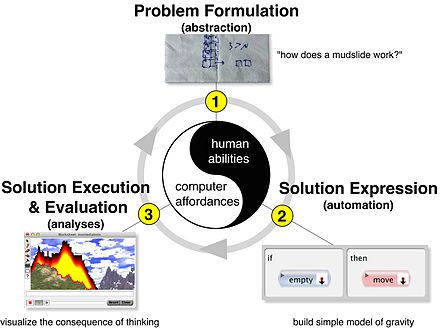