( The Gambler Who Cracked the Horse-Racing Code - Bloomberg) 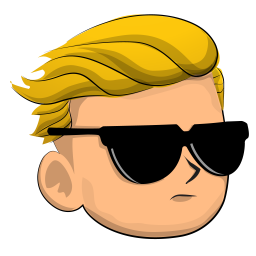 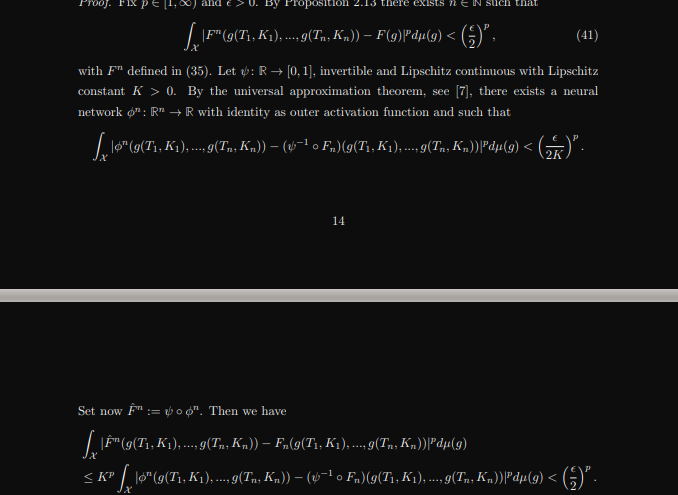 Ok, as a person designing my own automated trading system, I’ll take a crack at it. When someone says algorithmic trading, it covers a VAST subject. This is an incomplete but a long answer. So, grab a soda or cup of coffee, sit down, get comfortable, and read on.

There are four major types of trading algorithms. There are:

Let me try to describe these four.

Many larger funds need to re-allocate their money from one asset to another. Prime brokers like Goldman Sachs market execution level trading algos to their customers promising best cost basis (or at least consistent cost basis) for establishing their positions. Simplest of these are TWAP (time weighted average pricing) and VWAP (volume weighted average pricing). There are many others that serve this function, with Goldman Sachs’ Port-X being one example. Go here for their full offering example (I don’t work for GS because I am not 1337 enough): Goldman Sachs Electronic Trading.

These algorithms generally work by figuring out the capacity of asset market a given time and intelligently spacing out the order executions. You need to figure out whether you can buy multiple smaller blocks of what you want in total without having a price impact or suffering too much from price drift over time. If you have to fill an order for $100 mil worth of a asset A where average daily volume is $1 mil, you will have a huge price impact if you don’t space your orders out intelligently over a long period of time. In other words, if you have a swimming pool of water that you need to pour into a series of wash buckets (representing a market capacity at a given time), you can’t do it without water overflowing out of one bucket.

At the other extreme, in the realm of HFT, you have the algorithms that generally fall into two categories (categories I use are not standard terms, just ones that help me clarify the subject):

These try to analyze the major opponents in the same securities space. In a smaller liquidity stocks, you often have one large player and everyone else. In those spaces, intelligently figuring out the opponent’s behavior becomes a bit easier than if you had 10000 other traders in the same symbol. Figuring out how the opponent trades, their rules, and edge cases that break it, allows these types of algorithms to exploit the opponent’s system and profit from it.

HFT firms compete by having the “Fastest Guns in the West.” At market micro-structure level, you have essentially the opportunity of price arbitrage. If orderbook at a given instance has someone bidding at $10 and someone asking at $10.1, you have no profit there. Spread is $0.1 and this happens all the time in macro scale. But in order for a transaction to be initiated and settled, you have to have someone either bidding equal or higher amount than what someone is asking. Every so often (and I suspect a lot more often as you compress the time scale) you have situation where someone is bidding $10.0001 and some is asking $10. That’s where having the fastest connections, fastest computers can net you $0.0001 minus the transaction cost basis. You buy from someone selling at $10 and sell it to another person buying at $10.0001. Scalping algos are really small, and needs to be really fast and efficient. More often than not, these algos are prototyped, tested, and then deployed on ASICs or FPGAs.

However, because everyone else is looking for the same type of opportunity, it’s a really crowded space. So you need to design a graceful failover where liquidation leg of the trade needs to incur the least loss possible.

HFT firms, in general, create lower spread and higher liquidity for the market they operate in, great for retail traders like myself.

Most of the time when someone talks about trading algorithm, they are talking about predictive algorithms.

There is a whole class of algorithms that try to predict the future behavior or stocks based on combination of past information, new information, and other second order information. These are called predictive algorithms, and one where most of the lay people are looking into.

I’ll go into each of these.
4.1 Mean reversion is based on the idea that a stock will revert to its mean trading price. Mean reversion algorithms try to establish normalized price patterns compared to either its peer, benchmark, or its own past history. Pairs trading is a very simple example where correlation and cointegration values are calculated for two stocks to figure out whether one can buy one, short other to establish a position and then close the positions when the stocks again trade in tandem. Some chart pattern recognition algorithms are supposed to take advantage of mean reversion behavior.

4.2 Trend following algorithms try to figure out whether there is a long term trend being developed in a particular asset class. Success of such algorithms rely on figuring out who is establishing the positions. Stock market is a extremely large multi-player game and makes it difficult to perform credit assignment for a price behavior, but others have contended that second order information of net money flow from one asset to another asset by closely watching ALL asset space can yield better results in figuring out trend establishments. To put it simply, at least in short term, where accounting information hasn’t changed, the asset prices are established purely based on supply-demand equilibria.

4.3 Chart pattern recognition algorithms try to follow the old maxim (possibly false maxim) of “picture never lies.” This is also called technical analysis. Technical analysis relies on seeing some aggregate chart patterns, like double top, head and shoulders, and so on. Some recent papers do talk about how chart pattern recognition can tell something about the underlying asset pricing behavior and possibly profiting from them ( http://www.cis.upenn.edu/~mkearns/teaching/cis700/lo.pdf )

4.4 Fundamental analysis algorithms try to parse accounting data (essentially) to figure out whether a stock is under/overpriced compared to its peers. Larger firms with more research analysts can do this much better than retail investors like myself, since I don’t have time to figure out exactly how many jeans Gap sold, for an example. Also, macroeconomic data are fed into the system to establish a sort of business cycle based models in some algorithms.

I’m sorry this answer is rather incomplete. I didn’t even go into market microstructures. There are another whole class of sentiment analysis algorithms that I am just not educated enough about to make a guess. I also didn’t cover news based algorithms because I think they are largely voodoo science (feel free to disagree and let me know if I am wrong). I also didn’t include trading algorithms based on completely unsupervised learning algorithms because I think frequent regime changes ensure that they don’t work properly over a longer period of time. I hope my incomplete answer helped you on the right path to understand trading algorithms.

An algorithm is a specific set of clearly defined instructions aimed to carry out a task or process.

Algorithmic Trading (automated trading, black-box trading, or simply algo-trading) is the process of using computers programmed to follow a defined set of instructions for placing a trade in order to generate profits at a speed and frequency that is impossible for a human trader. The defined sets of rules are based on timing, price, quantity or any mathematical model. Apart from profit opportunities for the trader, algo-trading makes markets more liquid and makes trading more systematic by ruling out emotional human impacts on trading activities.

Using this set of two simple instructions, it is easy to write a computer program which will automatically monitor the stock price (and the moving average indicators) and place the buy and sell orders when the defined conditions are met. The trader no longer needs to keep a watch for live prices and graphs, or put in the orders manually. The algorithmic trading system automatically does it for him, by correctly identifying the trading opportunity.

The greatest portion of present day algo-trading is (HFT), which attempts to capitalize on placing a large number of orders at very fast speeds across multiple markets and multiple decision parameters, based on pre-programmed instructions.

Any strategy for algorithmic trading requires an identified opportunity which is profitable in terms of improved earnings or cost reduction. The following are common trading strategies used in algo-trading:

Implementing the algorithm using a computer program is the last part, clubbed with backtesting. The challenge is to transform the identified strategy into an integrated computerized process that has access to a trading account for placing orders. The following are needed:

The computer program should perform the following:

Simple and easy! However, the practice of algorithmic trading is not that simple to maintain and execute. Remember, if you can place an algo-generated trade, so can the other market participants. Consequently, prices fluctuate in milli- and even microseconds. In the above example, what happens if your buy trade gets executed, but sell trade doesn’t as the sell prices change by the time your order hits the market?

There are additional risks and challenges: for example, system failure risks, network connectivity errors, time-lags between trade orders and execution, and, most important of all, imperfect algorithms. The more complex an algorithm, the more stringent backtesting is needed before it is put into action.

Quantitative Analysis of an algorithm’s performance plays an important role and should be examined critically. It’s exciting to go for automation aided by computers with a notion to make money effortlessly. But one must make sure the system is thoroughly tested and required limits are set. Analytical traders should consider learning programming and building systems on their own, to be confident about implementing the right strategies in foolproof manner. Cautious use and thorough testing of algo-trading can create profitable opportunities.