Where are all the Rails jobs?

Lately I can’t find any work at all with Rails, what’s going on? What happened? Where did all the Rails jobs went?

Did all the jobs went to Node.js and other languages? Or I’m just doing something wrong?

It’s really depressing accumulating all the knowledge and skills I got since then and not being able to use it or find more work. Even more depressing that I can’t find work and my income depends on this.

I’ll speak as a marketing director that has just enough of an experience with languages (JS/PHP) to keep up so I’m not a complete dunce, but I/we can’t do the work internally. I found my current outsourced team from a very strong recommendation. Why are recommendations so powerful? Because we’re lazy. It’s hard to weed through random proposals from strangers when someone you trust has used someone successfully. But referrals only happen after you, excellent developer, have a few jobs under your belt. And that’s given that you have past clients that aren’t trying to hoard you. Would they recommend you to their friends if you’re slow on the projects you’re working on with them?

As a marketing director at a small travel company if I want my Magento website upgraded for speed, or if I want the current theme made responsive, where do I go? Well the CEO wants ROI, so I’m under pressure to find the balance of cost and quality output. So that means I try to outsource to developing countries for <$50/hr. What if you’re a $100+/hr American developer? Well as a marketing director that reports to the CEO, I have to completely cover my ass in order to recommend something at $100/hr. Doesn’t matter that the going rate for the best devs in tech cities might bill out at $500/hr - he’s comparing to the Indian company from 2 years ago, to his sales team, and to his accountant.

If you want to bill at market rate++ you sure as hell better propose something in such a way that the projected savings or new revenue is much higher than your cost. A CEO or Director of Marketing WILL pay what you’re worth if the ROI is 125%+. You probably can’t guarantee anything since so much is dependent on the company you’re working with. But you have to paint the picture of possibility. In the perfect world, how well can what your proposing help the company? If you cover all the technical bases and point out the other areas of the project that the sales team, the marketing team, the customer support team has to contribute to, well that’s a much easier sell.

ROI, ROI, ROI. That’s what people who hire you think about, especially in non-tech industries. All business people think of this first. Business people understand long term investment and don’t expect your $10k project to product $20k the next month, but you have to help paint the picture. Will it pay off in 6 months? 9 months? 2 years? Make it easy for them, and the sale is easier.

How do non-tech sectors know they need a programmer? There’s almost always the techiest person at any company that is designated to hire the programming help or falls into it. You don’t have to convince the secretary, the CEO, the accountant, the COO and the marketing director. You only have to convince the person handling the project that tends to be the most tech-savvy. A smart CEO generally won’t put a 60-year-old secretary on the hunt for a genius RoR developer. He’ll designate the best staff he has available.

What triggers that moment where they go from mentioning it in passing, to calling a meeting and saying “we need to hire a developer in the next two weeks”? Usually it’s obvious things that don’t need to be uncovered by developers. The ecommerce payment system stops working; someone looks at the site on their iPad and realizes it looks like crap; they stop getting automated emails.

The power you hold is painting a beautiful picture of what’s possible with technology, and making they understand, then believe your vision. And a shit ton of ROI projections. 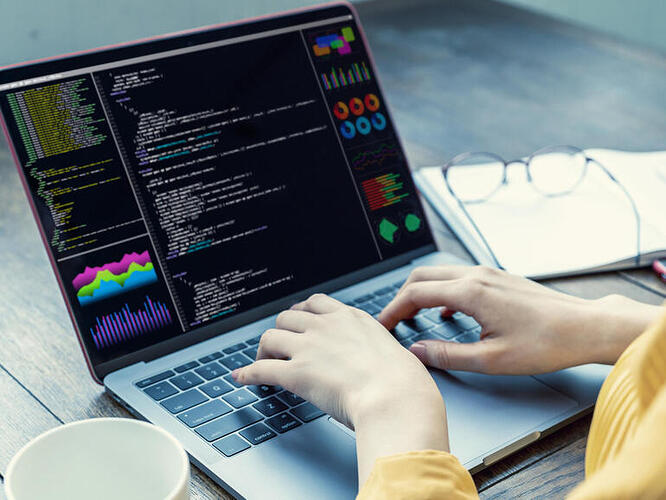 The best programming languages to learn in 2022

Based on job demand, Python is the top language, followed by Java, JavaScript, C++, C# and C, says CodingNomads. 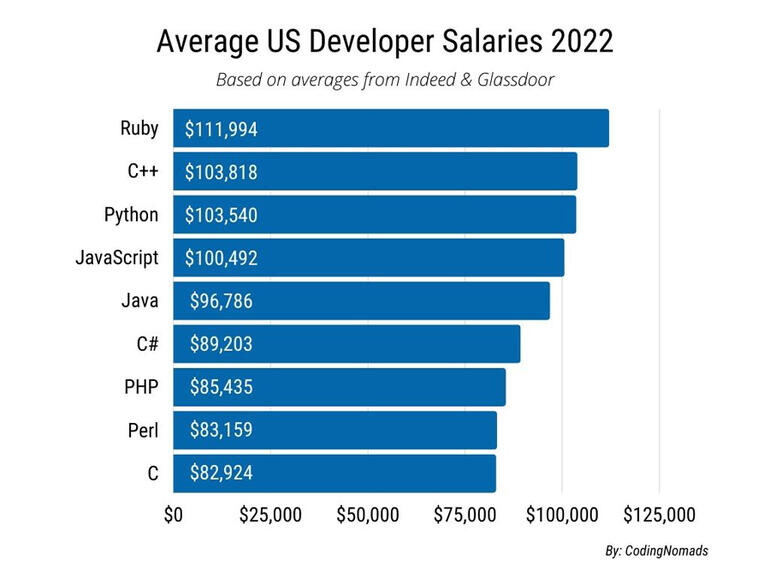 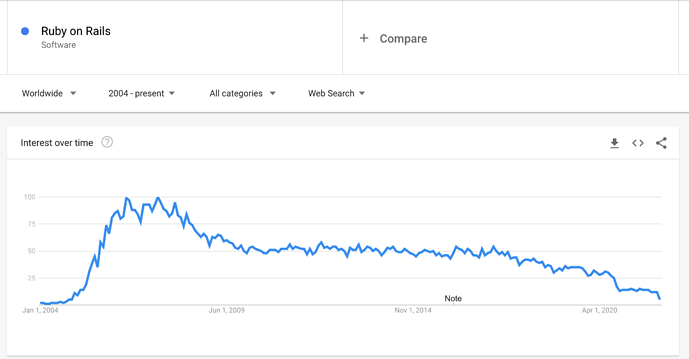 a better one: The RedMonk Programming Language Rankings: June 2021 – tecosystems